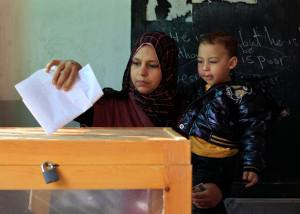 For more than a year, Egypt has been experiencing enormous political and social transformations, which have led to decisive electoral processes in order to democratically choose both parliament chambers and the first democratic president in their millenary history.

The phenomenon known as the Arab Spring, which consisted in national uprisings in the North African countries, overthrew many dictatorial regimes that had lasted decades, and produced political and social changes in the region. The movement that began in Tunisia on December 18, 2010 with the overthrowing of Ben Ali, propagated to Egypt, Sudan, Lebanon, Oman, Saudi Arabia, Jordan, Yemen, Bahrain, and Libya. Right now Syria is under enormous protests.

After the overthrowing of its leader Hosni Mubarak, the Arab Republic of Egypt was ruled by a military coalition that allowed the organization of up to five national elections in a few months. In all of them, the weakness of budding Egyptian institutions and the typical problems of manual elections became notorious. During the second round of the presidential election, out of the total number of scrutinized votes (approximately 25,000,000), 843,000 (3.29%) were declared void. Electoral authorities took a whole week to offer the results of the elections held last June 16 and 17. During those days, great tension was generated in the already shaken nation.

As expected, both candidates proclaimed themselves winners and pointed that they would designate unity governments. Even though it is true that these were the first presidential elections in the country, and the lack of experience would probably be palpable, the limitations to presidential powers given by the military junta ruling the transition and the slight difference between the votes obtained by the two candidates produced a great tension in the country. The waiting week did nothing but aggravate the situation. In the end, Mohammed Morsi obtained 13.23 million votes while Ahmed Shafiq got 12.35 million.

Even taking into account Egypt’s little electoral experience, given the voting technologies that can be found in the market nowadays, these levels of delay and uncertainty are unacceptable for the stability of a nation that demands democracy. Egypt must modernize its electoral platform and get rid of any trace of backwardness and authoritarianism. From the generation of a reliable and modern electoral roll that uses biometrics for voter authentication to the use of voting machines to guarantee the correct registry and consolidation of votes, plus the announcement of results, Egypt must procure themselves the best available technology. Free, fair, and transparent elections are essential for a nation’s democratic transit. Automation is the next step that Egypt must follow in order to continue its freedom revolution.