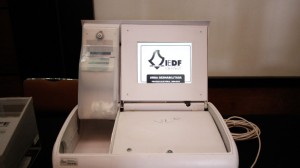 The path from manual to electronic voting opens opportunities for civic, political, educational, and social organizations, as the public debate that comes with the consideration of automation allows this groups to come closer to the idea of adopting electoral technology to elect their authorities.

Multiple regions take advantage of this possibility. Universities, civic associations, unions, and even legislative bodies have left their fears aside and have modernized their voting systems, revealing thus the versatility of e-voting.

For example, this year, numerous organizations will vote using equipment that will allow them to carry out clean, simple, and secure elections. The National University of Distance Learning (UNED for its initials in Spanish) in Spain is currently carrying out the electoral campaign to renew their authorities, and suffrage will be electronic. UNED will be the first higher education institution in this European country to automate its elections. In order to be able to vote, potential electors are required to fulfill one of the following requirements: official e-mail address, smart electronic card, or digital accreditation certificate.

Mexico is keeping pace. For the first time the country will formally use a variation of e-voting to elect the neighborhood committees of the Federal District. On September 1st, 1796 representatives will be elected through the Internet. The National Autonomous University of Mexico, along with the National Polytechnic Institute, assumed the technical aspects of the process.

Another experience to highlight is the one carried out by the National Autonomous University of Honduras (UNAH) last April. Students elected their authorities through Internet voting, thus speeding up results and making them safer. In order to exert suffrage, voters needed a token and a unique personal password to access the system.

The bet for automation in areas different from traditional elections is also evidenced in the petition made by the highest electoral authority in Colombia, Carlos Ariel Sánchez. He proposed that e-voting should be used for the renewal of the Bogotá City Council in order to overcome the disadvantages brought by manual voting, such as the difficulty to vote and the complexity of scrutiny.

These cases are just a small sample of how the possibility of optimizing the election of representatives in any area through e-voting is advancing steadily, even in countries that have not automated their suffrage yet.

E-voting will be tested in 33 polling centers in Colombia.

2014 is the deadline Colombia has imposed to automate their elections. The decision on which technology to use to modernize the voting won’t be based only on political and citizen debates; the National Registry, following a request by the consulting committee, has chosen to strengthen the selection process by carrying out a pilot test that will contrast the operation of 3 e-voting models.

The path chosen by Colombia can free the country from long and heated discussions; since it will be the performance of the technologies selected that will give clues as to which system the nation should adopt, based on its needs and characteristics.

According to the electoral authorities, this “trial by fire” will take place in September, time for the political parties and associations internal elections. This test will analyze 3 models of automated voting: an e-ballot scanner; touch screen voting machines that print voting receipts; and touch screen devices without printing a voucher. Behind these systems we find the following companies: Indra, from Spain; Colvista, from Argentina; Smartmatic, from Venezuela; and Dominion Voting Systems, from Canada.

During these internal elections, besides the operation of the equipment and the efficiency of the system, several key points of any electoral process will be evaluated as well, such as logistics (determining the necessary infrastructure); voter education and technical support staff training; the possibility of adding the biometric identification of voters (fingerprint capture); results tallying and consolidation; and security and auditability concerns.

The challenge being undertaken by Colombia is almost epic in scope. For years, the Registry has pushed for the enforcing of a 2004 law that makes e-voting mandatory, without success. This pilot test not only represents a way to choose the voting technology that is ideal for the country, but can also become an element that unites the nation into leaving behind fraudulent elections, delayed official results and the mistrust of its institutions. 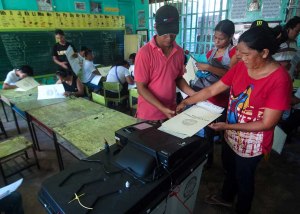 In the Philippines, over 50 million voters use voting machines.

On May 13th, the Philippines scored another hit in their mission to strengthen its democracy through electoral automation. Like in the 2010 General Elections, the country’s first automated elections, official results were broadcast little time after the polls closed.

The over 52 million Filipino voters registered for these elections chose 18,022 national and local representatives. Thanks to the technology used, preliminary results were available online very soon after the process ended.

If we check the Filipino elections prior to 2010, we’ll find that the proclamation of winners used to take weeks and even months. Therefore, the time it took to announce winners in these last elections is nothing short of a feat.

The 82,200 voting machines that the Comelec recently purchased from Smartmatic were used in the midterm elections. The voting started early in the morning, and voters had no problem to exercise their right. Although there is not an official figure on the number of machines that malfunctioned, the Comelec announced on May 14th that between 200 and 300 devices were damaged, which represents less than 1% of the total number of machines deployed.

The benefits of this technology were not for the exclusive use of the residents of this Asian archipelago. In order to facilitate the voting process of Filipinos living abroad, the Comelec deployed voting machines in seven Filipino embassies: Hong Kong, Singapore, United Arab Emirates, Saudi Arabia (Jeddah, Riyadh) and the State of Kuwait.

This recent election shows that the Philippines want to keep moving forward, and is not looking to hide or minimize their accomplishments. For these elections, the nation hosted international observers from the United States, Germany, Sweden, Spain, Thailand, Myanmar, Australia and Uganda. This way, the Filipinos made clear in the eyes of the world that electoral violence and civic mistrust are things of the past thanks to the advantages of voting technology.