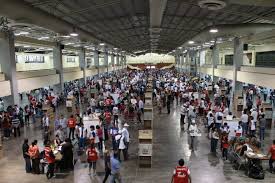 El Salvador headed to the polls peacefully on March 9th. However, the inability of its electoral system to deliver results on the day of the election has cast a shadow on the event. Unfortunately, a voting system that can guarantee some elections but is insufficient for other electoral process is proving unfit for this Central American nation.

The close margin between the candidates competing for the Presidency on the second round, 6,635 votes (0.22%) made the manual voting system fall into public scrutiny. The system comprises the scanning of the minutes to be transmitted to a data center managed by the Spanish company Indra.

Although the process worked for the first round carried out in February, the close results in the runoff revealed the weak side of the system: it does not guarantee an official announcement of winners at the end of the event when the race is tight.

Having a voting model that works for some elections and not for others is unacceptable for any democracy. It is simple: in order for a system to be catalogued as optimum, it must always perform efficiently.

The delay in result proclamation, due to the decision of the Supreme Electoral Court to retake the final tallying, has opened the doors to fraud accusations and petitions of vote-by-vote recounts.

The president of the TSE, Eugenio Chicas, justified the delay last Sunday saying that “the process of this (preliminary) tallying has concluded, the vast majority of the minutes have been (electronically) transmitted, but the margin is very close and this is why we insist on prudence—we’re going for the final tallying (minute by minute), which will determine the winner of this election.”

Due to the fact that four days had to elapse to declare an official winner, public opinion leaders are beginning a debate on how to guarantee that all future elections are deemed legitimate and fraud accusations are left behind. In Democracy there are no first and second-rate elections, all of them are equally important because they represent the will of the people.

El Salvador is facing now a dilemma: whether to follow the path of manual voting or to open up to new technologies and modernize its voting system, as e-voting has been able to resolve elections with a marked political polarization, complex electoral infrastructure, close results, and hundreds of simultaneous candidates, without ever leaving results to reasonable doubt.