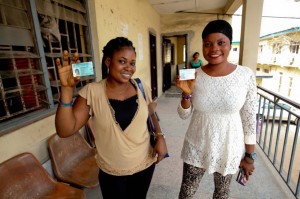 Nigeria will use a new biometric electoral register Photo:http://www.washingtonpost.com

Africa has had to overcome enormous social, economic, and political difficulties to be able to stand before the world as a region where citizens’ rights are respected. Although this is an ongoing task—Africa comprises 54 countries— there are nations such as Nigeria, which are working to strengthen democracy by trying to improve the quality of their elections.

One of the resources employed by Nigerians in order to make electoral processes transparent is the shielding of an element that is key to every election: the electoral register. The formula employed is based on biometric technology, which makes it possible to automatically verify the identity of a voter by capturing a physical feature, such as the face or a fingerprint.

In order to implement this, the National Independent Electoral Commission (NIEC) has created what is known as the Permanent Voter Card, so that the 68,833,476 citizens called to vote on March 28 for president, 360 deputies and 109 senators, as well as for governors and state legislators, can be sure that their identities will not be stolen, and that there won’t be double votes.

According to the NIEC, each Nigerian voter carrying the card that stores biometric information from fingerprints and face imagery will be able to exert their right to vote once this document is scanned by a reader and their fingerprint is captured to verify their identity, comparing the data saved in the card with those collected at the moment of voting.

Following the example from other nations that use biometric identification (like Colombia, Venezuela, and Brazil), the use of this technology in Africa has been on the rise, and Nigeria will join the twenty countries in the continent that have carried out elections using a biometric electoral register.

The expansion of this tool is due to the fact that identity theft has altered electoral results in several nations, eroding the citizens’ trust in the system, and forcing authorities to seek the best practices to safeguard suffrage.

Nigeria has been facing threats from political violence during the last few weeks. However, electoral technology—biometrics, in this case—can help the country to fulfill its fourth general elections since gaining its independence in 1999, with no setbacks. With the use of biometrics, the country has made a winning bet.