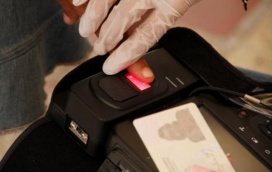 Brazil uses biometric machines to verify the identity of 16.4% of voters.

Nearly three weeks ago, Brazil went to the polling stations and not only consolidated its democratic vocation by having 80.6% of its 141.8 million voters participate in its general elections, but also strengthened its electronic voting system by accomplishing a new electoral event where technology served successfully both the political scheme and the citizens.

Although it has been mentioned before that the country has an electoral platform managed by the executive branch (voting machine manufacturing and running the tally and aggregation system), it is important to remember that since 1996, the country has been working on its own system, which is fully automated nowadays—except for biometric identification, which is applied to only 16.4% of the voting registry (23.3 million voters).

Driven by this reality, the country will vote once again on the October 26th runoff. Brazil applied a plan to reiforce the biometric system for this event in order to improve the level of effectiveness of the voter identity verification technology, which captures voters’ fingerprints.

The High Electoral Court expects to rise effectiveness from 91.5% reached by biometric ballot boxes during the first round, to more than 95% during the run-off. Giuseppe Janino, the TSE’s IT Secretary, informed that more than one thousand machines were repaired and the training plan was strengthened in order to alleviate the delays that affected four states out of the nation’s 27.

While offering better guarantees in biometry, TSE ensures that Brazilian e-voting is prepared to fulfill the demanding event. Brazil’s e-voting is based on a machine having small screen and a numeric keyboard where voters type the numbers assigned to their candidates. Then they verify their vote on a picture appearing onscreen and press the “confirm” button. At the end of the event, several minutes are printed with the results of the election. One of them is stored on a magnetic disk and then transmitted through the secure network of the High Electoral Court. The system is subjected to several audits, requiring electronic signatures from all the actors.

This Sunday, Brazil will use 530,000 e-voting machines. As a side benefit, citizens can download a TSE app for cell phones or tablets to get to know details of the process and access electoral results in real time. Automation has been an ally to this nation, and this runoff will be a new opportunity to confirm the value of technology.