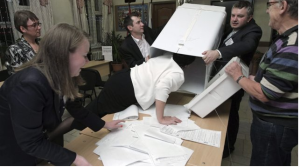 Surprisingly, one of the nations considered as a super power in the world, is in the middle of the XXI century, submerged in one of the loudest scandals of election fraud.  Russia, which held legislative elections last Sunday, is being subjected to the scorn of the world, because after the elections, allegations of irregularities and violations have been so numerous, it created a virtual map to reflect the extent of the crimes

With nearly all ballots counted, “United Russia”, the Kremlin’s party, won 49.3% of the votes, and although the loss of the absolute majority in parliament should have been the news that caught everyone’s attention, reports of massive street protests and arrests allowed to see that not only the ruling party is in trouble, but the electoral system is being lambasted by citizens, political parties, international observers and personalities from different countries.

“The country’s leaders must recognize that there were many fakes and traps and that the results do not reflect the will of the voters”, the statement of a recognized leader such as Mikhail Gorbachov and his request to “nullify the election results and hold a new vote” show the obstacles that Russia is going through.

The map of fraud indicates that at least 10% of the votes were falsified, it was even released a letter that would have sent Defense Minister Anatoly Serdyukov to former president Vladimir Putin, informing him that 80 % of the military voted in favor of “United Russia”, reflecting that the military vote is not secret.

The map of fraud also reveals the allegedly committed crimes in the installation of polling stations, excluding voters, absentee voting, distortion of the results with fraudulent counting, coercive, attacks on websites of the media and much more keeping alert to the country and the world.

The events and their social consequences as yet unknown, makes us think, why if Russia since 2010 has the legal basis for implementing electronic voting and prevent the vices of manual vote tarnish the credibility of a country, because elections crossed of fraudulent do- insists on staying back and not update their electoral system?

It’s time for complaints and concerns for the Asian-European nation, the expectation is that out of the protest rises the will of the political class to transform the electoral model, for one that brings together the confidence of citizens and politicians. Electronic voting was the chosen path over a year ago; the only thing left is for this decision to be respected. 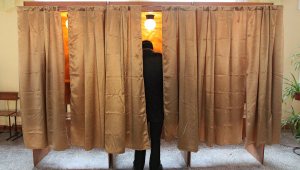 A little over a week ago, Russia held local elections in 74 of the 83 federal entities. More than 24 million voters were called to the polls to elect about 3.200 positions, for which 50.000 candidates were nominated. This big event served as a “rehearsal” for the December elections, and it was notable that several locations used electronic voting.

Russia has been interested in the automated electoral system for several years now, but it was in 2010 when Russia approved the legislation to modernize its electoral system. In that year, the secretary of the Central Electoral Commission (CEC) Nikolai Konkin, visited Brazil to attend the presidential election and assess the applicability of the Brazilian model, which uses keyboard machines that automate the elections 100%.

“This electronic voting experience will be taken into account for the modernization of the electoral process in the Russian Federation. The CEC is developing the appropriate program, which is expected to be approved this November”, said Konkin last year when he visited Brazil as an international observer.

In the following months, Russia laid the foundations for electronic voting, and in March 13th 2010, several of its provinces experimented with a modern automated system. Bashkiria was one of the provinces that experienced e-voting, using machines with audio guides to guide the voters in simple and fast steps to complete the voting process.

The machines deployed worked as follows: once the voter was proven to be eligible to vote and received a card to activate the voting machine, the touch screen presented the nominated candidates. The citizen had to touch on the screen for marking his or her choice, and then pressed the confirmation botton. Then, the machine printed a paper proof of the vote. When the voting process finished, the votes from the ballot were counted, aggregated and transmitted to a computer center. An information Centre provided by the CEC, allowed the Russians to know the results in real time.

Another technology tested in Russia were the “mobile” or “itinerant” voting machines used in this occasion.  These machines were taken to the houses of disabled voters, who couldn’t mobilize to the polling stations due to illnesses or age factors. The displacement was monitored with the Russian navigation satellite system GLONASS.

The results of the e-voting implementation in Russia are being fully analyzed. The criticisms of the process that have been made by the political actors haven’t been technological in nature, but political. For this reason, the CEC has declared the process as successful.