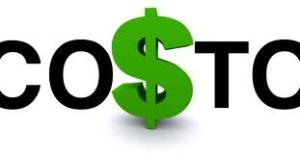 The cost of implementing electronic voting is often used as an element of discouragement from its application, and in less fortunate cases, it is used to attack automation. However, when countries like Peru and Colombia call their governments to allocate resources for the transformation of their elections, it is a good opportunity to point out the advantage electoral technology offers to save money in the future.

It is logical to suppose that elections are more costly when they are reliable, safe, audited and validated by all political actors. However, a simple calculation of the costs deriving from crises caused by elections with illegitimate results could change considerably the view on the supposed high cost of e-voting.

Experts say that even though e-voting implies a high investment for its implementation, it actually yields long-term savings. This appreciation stems from the fact that implementation requires a significant amount of money for the acquisition of software and hardware, training of human resources, and education of the citizens on the use of the new suffrage model.

However, after the leap to automation, experience indicates that costs diminish considerably due to the fact that expenses for the next processes are destined to the maintenance of the technological platform, not its acquisition. Besides, the high cost of printing ballots, conditioning thousands of polling centers, and hiring personnel to deploy the elections would be suppressed.

Honduras illustrates this situation perfectly, as the debate over the adoption of e-voting includes guaranteeing accurate results, but also diminishing the allocation of public resources into elections. Judge Denis Gómez, from the High Electoral Court (TSE), has stated, “one advantage of e-voting is that the TSE would save the cost of printing ballots, which is approximately 30% of the electoral budget. Only for the next election the court will print 32 million paper ballots for the three electoral levels.”

The coordinator of Electoral Systems and Computing of Peru’s National Office for Electoral Processes (ONPE), Jorge Luis Yrivarren, says that e-voting helps diminish or eliminate costs at every constituency, as it does not require paper and the number of polling stations decreases. He also states that the voting capacity held by an electronic station is superior to that of a traditional or manual one, where there is a maximum capacity of 200 Peruvian voters.

When there is a debate over electoral automation, many focus on the costs, but they do not acknowledge the positive cost-benefit relation it brings to Democracy. E-voting has shown in many countries, such as Brazil, India, Venezuela, and USA, that the investment is worthwhile to shield the will of the people and guarantee that each scrutinized vote counts and is respected.

The Deputy Chamber of Puerto Rico conducted a pilot test of the e-voting system that will debut next week. The chosen model to modernize legislative voting consists of a device with three digital commands in three colors: green stands for a positive vote, yellow means abstention, and red signals a negative vote. All the cast ballots will be displayed on a 2×1.5m LED screen located on the wall behind the President’s stand. Find the review here.

Defeating resistance is a task that takes persistence, and four Latin American countries have understood so. Colombia, Honduras, Peru, and Mexico have coincided this month in raising their voice in favor of the advancement of their electoral systems. All of them have stories where their Democracies have been hurt due to the doubtfulness of their electoral processes and their results, and for this reason they persist in betting hard for e-voting as the way to eradicate vice and stopping fraud.

Electoral automation in Honduras is already unanimously supported by political parties, which are one of the main actors of the process. During the last few days, the Anti-Corruption Party (PAC) and the National Party urged the authorities to opt for progress and give the nation an electronic voting system that leaves no room for doubt. Only in last year’s primaries (November), the definite results took 10 days to be announced and there were scores of complaints for irregularities. Political conscience is calling to change, and Honduras seems to understand it so.

Colombia sums up years of perseverance. In the country there is practically no sector that does not demand e-voting, and they are leveraged by a long path of electoral deceptions that include new and old illegalities against the people’s intent. Next year there will be general elections, and the political parties are already insisting in complying with the Law that should have enforced automation years ago. For now, the governmental authorities are still deaf to the clamors and are not allocating the necessary resources, but the nation does not seem to falter. Everyone, from the electoral authorities to political and grassroots organizations, are standing strong to refine the system. Proof of this is the fact that there will be a pilot test in September.

Peru is one of the most advanced South American countries in deploying an electoral platform with strong and safe foundations. The ONPE designed its own technology platform and set it at the country’s disposal, but the lack of resources keeps e-voting on standby. Nevertheless, the National Election Jury keeps lobbying for the nation to get out of an outdated system and join the elite of countries where voting is modern.

Finally, Mexico took steps to develop a transparent voting model but failed in the attempt. This happened because it did not set up a clean tender to provide the country with an e-voting system adapted to its necessities. Besides, the selection was done according to political interests when it should have stuck to political criteria. This experience sets a precedent for the path to follow. Rightly so, the Federal Electoral Institute (IFE) said that the lack of political will is what is keeping this country underdeveloped. For this reason, the political parties and the electoral body keep asking for a solution, but they will get it sooner rather than later because the people are demanding it.

The way four Latin American countries are not losing focus and keep pushing for their electoral systems to be renewed to offer more electoral guarantees is an example to follow. “Move forward” is the motto and everybody is chanting it. This side of the world has good news: change is possible, and in this case, e-voting is the means to achieve it.