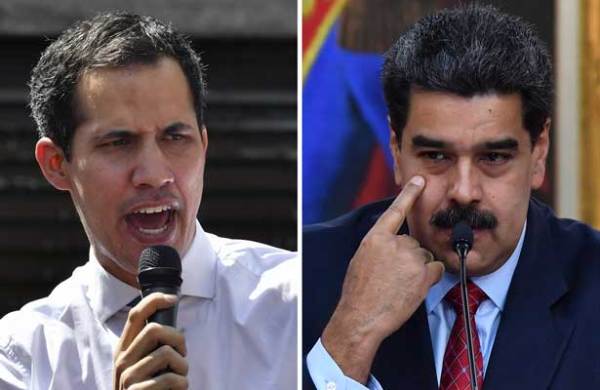 Venezuela is experiencing a tragedy that is admitted around the world, and that in formal terms is cataloged as a complex humanitarian emergency. This crisis keeps citizens subdued by the impossibility of supplying their basic needs and rights, while political confrontation rages on and the outcome is uncertain.

The reason why some elections have been recognized by the international community as legitimate, while others have not received such a blessing, lies in the way in which such electoral processes were managed.

Guaidó, along with 166 other AN deputies, was elected in December 2015 in what is now regarded as the last legitimate election held in Venezuela. All previous elections held in the country since 2004 were based on the automated voting model that allowed this nation, mired in bloody political unrest for 20 years, to hold more than a dozen successful elections without any numerical inconsistencies, overcoming doubts about their results.

The results of those 2015 parliamentary elections were unquestionable. It is precisely this legitimacy of origin that allows Juan Guaidó to try to rescue Venezuela, following institutional guidelines.

In the case of the election of the “National Constituent Assembly” (ANC) of 2017, a body with no constitutional backing, the electoral process broke away from the dynamics that had been built in the country. The actions adopted by the CNE were questioned by experts and politicians inside and outside the nation. Even Smartmatic, the company that for 14 years had provided the electoral technology, publicly denounced that the CNE announced different results than those arrived at by the automated voting system. After this denunciation, and after having assisted the electoral authorities in 15 elections, in February 2018 the company ceased operations in Venezuela, closed its offices, and did not participate in any further elections in the country.

Subsequently, during the elections of governors held in October 2017, many other irregularities were committed and denounced. The Venezuelan Electoral Observatory (OEV), in addition to ruling that the CNE “acted in the interests of the Government’s political interests”, also inventoried the anomalies detected before Election Day and during the voting proper. A lapidary case was that of State Bolivar, where the authorities refused to have the system transmit the results, and proceeded to manually alter the tally. For the first time in an automated election, records were found printed by the voting machines that did not match the totals published through the tabulation system.

All these irregularities have caused a deep damage to the Venezuelan electoral system, furnishing ample reasons why the confidence in the electoral institution has decreased sharply. Added to this, the complaint made by the Smartmatic company marked a milestone in the country’s electoral processes. Subsequent elections such as those of the ANC in July 2017 and the election of May 20, 2018 in which Nicolas Maduro was re-elected have been dismissed by the nation at large, and also by a great number of countries.

In the framework of discussions for the restoration of democracy, some political analysts have mentioned that elections must be held that meet the parameters established by law. In order to accomplish this, a series of actions are required, such as: the appointment of new electoral authorities, a key element of the discussion; the purging of the voter registry; the updating of the whole database of Venezuelan citizenry; and to reinstate at least 19 audits to the automated electoral system.

It will depend on the joint effort of authorities, political actors and voters that Venezuela once again enjoys reliable, functional and safe elections that make it impossible that the schemes of May 20, 2018 or July 30, 2017 get repeated.

In the midst of this bleak outlook, more and more countries are joining the chorus of nations calling for an electoral solution, one which really guarantees fair competitiveness and the alternation in power of political actors. It is opportune to weigh how the use of electoral technology, with full audit capabilities that apply to the entire automated process, could be used as part of an eventual solution to the grave situation in Venezuela.

During 2019, Argentina will live through two and three national electoral processes, namely, their Open, Simultaneous and Compulsory Primary elections (PASO, for their initials), scheduled for August 11, then the General Elections on October 27, and an eventual second round in November. In all these processes, it is expected that the country ushers in the direct transmission of election results from polling stations.

Last December, Correo Argentino –after a public tender– awarded the transnational firm Smartmatic the development of software for the capture and transmission of electoral data (or “telegrams”). This contract involves the modernization of one of the key stages of the vote, given that from a process one would deem rudimentary, the land transportation of “telegramas” (precinct counts) to the headquarters of the Argentine Post on the night of the election, now the authorities will enjoy the convenience of having each voting center transmit directly to the tabulation center.

According to Correo Argentino, the application will scan the precinct counts in the 15,000 venues that will function as voting centers and transmit them to the national computing center. According to the authorities, in this way the delivery of the final count will be much faster, and in addition the bottlenecks inherent to physical transfer will be removed. Previously the digitization and transportation were made according to order of arrival, but now the dispatch will be more homogeneous.

The automation of transmissions not only will imply speeding up the sending of “telegramas”, but is also expected to reduce human error. The software will read the precinct count’s bar codes, the polling station’s ID, the number of pages and other data, reducing manual input.

In turn, the tool will provide several security layers, and will record information about the operator who captured and transmitted the data, as well as the timestamp, leaving a trace that will help to strengthen the protection of the information delivered.

On the other hand, the authorities are seeking a complete solution for the processing of the provisional results, and hence they are calling for a tender over the provisional count service, which will enable the gathering of the results from the polling stations; the processing; the auditing; the tabulation and the broadcasting of results in real time during the night of the election, which will be available to all interested parties.

Argentina continues advancing in its goal of transforming its voting model with the help of the right technology, leaving behind several years of failed attempts and the decision makers’ lack of interest in leading the country towards a true transformation which allows to overcome past mistakes; and thus deliver a system capable of protecting the vote, and that also facilitates the act of voting and all the stages inherent to modern elections.